Okay, that is me that the last post spoke so lovingly of.  It’s an odd anniversary.  One year ago I tried to take my life. I took an overdose of valium.  Then, I thought better of it, and called 911.  I still feel shame over it.  Because my son found out.  I don’t know if I can ever forgive myself for allowing my darkness to enter his world.  You see, I hid it successfully for over seventeen years.  He was about five years old when I started having flashbacks and started feeling like I was losing my mind.  I would hide in the bathroom and run my fingers up and down the lines on the wallpaper till the worst of the anxiety would pass.  His favorite movies would play as I grappled with my sanity.  Years of refusing medication because I thought to tough it out and get better faster.  Till I didn’t.  I grew worse and finally cried uncle and said “give me the pills”.  The medication helped a great deal.  I no longer felt as if I was holding on to my sanity by a thread.  But, all along, I was working hard to improve my life.  I got a divorce, went to college, got training and worked hard.  Despite some hardships, I felt my life getting better.  I felt that the bad times, and the decades of abuse, were behind me.  Then, I met a kind man and we married and within a year he  got a terminal illness and he died seven years later.  And that is when I lost it.  Lost the hope that I could have a decent life.   I did manage to keep on keeping on for a time but then a dark day came and I took the pills.  I am lucky that a part of me wasn’t ready to give in and dialed that phone.

I don’t have any words of wisdom.  When you feel that  bad — that you try to take your life — it seems you are beyond words.  A darkness encompasses you and you just want to flee it.  My medication was changed during my subsequent hospitalization.  Perhaps, that is why I have not attempted suicide again.  Or perhaps, I have found a glimmer of hope that my life could get better.  It is ever so small this glimmer but for now it is enough. 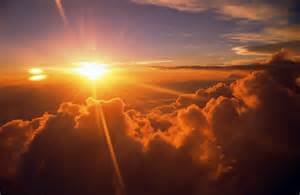 A hopeful and thought-provoking post about suicidal feelings from Heathershelpers.