This may not be a new thought, but it is new to me.  While pondering how people who are passionately against other people getting abortions and exert a great deal of energy in trying to bring their views to be the law of the land, I had  revelation.  It was not mystical, but hugely practical and seemed  to me to be something I should share with the world at large.  I am poking fun at myself here;  I have, perhaps, a handful of regular readers of my blog and another handful on Facebook!

Anyway, I realized that abortion is the result of both a woman and a man making poor birth control choices.  People who are vehemently against abortion focus entirely on women.  They feel women should carry their embryos to term despite there often being no man in the picture to help provide financially or as a father.  Underneath this belief may be another unfair belief or attitude.  It is blaming the woman’s undesired pregnancy entirely upon the woman.  A “you got yourself into this predicament, now you have to pay the price” manner of thinking.

But, as my revelation continued to reveal itself to me, I began to realize that it takes both a woman and a man to bring about the continuation of the human race!  And… wait for it…. men could be proactive in helping to prevent abortions by WEARING CONDOMS!  Stop these pregnancies at the source!  I envision advertising campaigns of a huge scale produced by hitherto anti-abortionists!  Billboards, television commercials,  even church signs (with their usual thought-provoking sentiments) would fill our country with this profoundly and utterly new wave of thinking!  Anti-Abortionists would team up with Planned Parenthood to get the word out and  supply the nation with condoms!  Condom manufacturers would tout all the benefits of condoms.  “They prevent pregnancy a lot of the time!”  “They protect users against sexual diseases!”  “They come in different colors!”

In time, fashion designers would get in on the craze and manufacture high-end, expensive condoms.  Magazines, splashed with the faces of the rich and famous, would have in-depth stories of what brand of condom Kim Kardashian likes her man to wear.  Condoms would become cool.  They would become fun.  They would become status symbols!  I think that some of the most popular ones would have emojis on them.

Additionally, they would be available in so many sizes and textures and materials that men would stop saying that they inhibit sexual pleasure.  Instead,  they would be touting how they improve performance and how easy they are to carry in one’s pocket.  How they make you sexier to ladies and can be printed with your name and number and be given out like business cards at  bars.

So, are you with me?  Do you want to see this dream of unity across our nation realized?  There would be so much money to be made from it that success would be easy.   Condom manufacturers need only to consult PR firms now.  I am going to start my own little grassroots movement.  I’ll have some bumper stickers printed that say “America!  A condom in every pot!”.  Patriotism is a big seller.  Then, I will tape  a line of condoms on my bumper to wave proudly.  Won’t you join me? 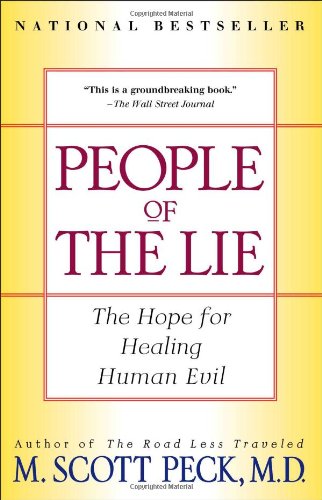 Are you shaking your head in disbelief about this administration’s separating children from their parents at the border and then citing the bible?  Is this incomprehensible to you?  Read M. Scott Peck’s book People of the Lie and come to a full understanding of what Trump, Sessions and the other members of the House and Senate that appear to have no consciences are all about.

It was the caption below a photo of two children of different races and religions.  The simplicity of the thought struck me.  This was a faith I could embrace. The past year has seen my faith in the religion I was raised dwindle to the point of fearing that there is no god.   I say fearing because the god I believed in was compassionate, loving, just and caring.  I saw him as the good father I never had. Losing my faith has meant losing my loving father figure.  Losing someone who loved me and who could help me.  I haven’t made any final decisions yet.  Who am I to decide whether there is a god or not? But if there is, I believe he is capable of accepting my doubt without punishment.  But, all this has left a void in my soul.   What did I believe?  What would give my life meaning? How should I live out my remaining days?  And so, this quote spoke to me.  It says simply to love.   And to love each human.   I don’t have the audacity to think that I can do this perfectly; but, it could be my aim, my goal.  Its a sort of religion, but one without infidels or a hell for unbelievers.  At any rate, it is a path.  A path I can follow as I venture into this new year.

This post by a new blog that I am following really says where I am at right now in my faith.  Perhaps others can relate to this too.

“Faith is not a belief. Faith is what is left when your beliefs have all been blown to hell.”
~ Ram Dass

All who have survived trauma know well the feeling of the broken spirit. The loss of faith that comes with having your belief system ripped out from under you.

How can trauma survivors come to a place of restoring our faith? Our faith has been built over time as we live and construct in our minds the things we believe in. Trauma can shatter those beliefs in an instant.

In her amazing book, Trauma and Recovery, Judith Herman, M.D. addresses the issue of faith. She states “(Traumatic events…) violate the victim’s faith in a natural or divine order and cast the victim into a state of existential crisis. “

In other words, we begin to question everything we have come to know.

Herman goes on to…

I remember the kind hands of a friend deftly planting them in my raggedy garden.

“They’ll never make it in this soil.” I silently thought.

And yet, here they are – a year later,

Teaching me about faith.