I have been trying for the past couple of days to try to develop a more positive attitude in the mornings.  I still think this is worth the effort and may be helpful to some degree.  But, after reading this quote today (from Grace to Survive), I realize that at the same time  I must not condemn myself for feeling badly.   This is what I was doing.  Seeing it as another shortcoming in myself.  Seeing it as a sign of weakness.  I am not hard on other people; I need to stop being so hard on myself.   Compassion is not pity.  It is empathy with understanding I think.   So, tomorrow morning I will not berate myself.  Instead,  I will remember that the pain is not my fault and accept it, yet gently invite myself to think upon the good and even wonderful things that life has to offer. 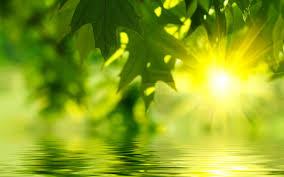 This quote helped my self-esteem today.  I usually feel so defective.  Perhaps, I can think of some things that are right with me each day too.  How about you?

I feel this relates to all types of abuse and neglect..

“The aftereffects of Post-Incest Syndrome are not ‘problems’ to be ‘overcome’, but coping mechanisms that have negative side-effects. By attaching the concept of ‘disorder’ to these consequences, we damn the incest survivor to weakness instead of attributing to her the strength of spirit, creativity, and endurance that she deserves–that she has earned.”

Truth Serum for My Father

In response to The Daily Post’s writing prompt: “Truth Serum.”

My heart was broken by my father.  My memories about my father had always been wonderful.  He was loving, kind, funny, and gentle.  I would remember how gentle he was when removing splinters from my hands. Although not one for physical affection, the look in his eyes when he looked at me was as good as any hug.  We laughed together often and usually it was at each other and ourselves.  Much time was spent together bicycle riding through the neighborhood and playing badminton in the back yard. Other special times together including art lessons using the John Gnagy Learn to Draw Kit.  Dad would also make his delicious ice cream shakes and sodas for me on hot summer days.  Oh, how I loved and adored my father.

But then, in my thirties, the flashbacks began.  First, they were about the newspaper boy and his friend who had sexually assaulted me repeatedly on my way home alone from school.   Then, they were about my father. How I had finally told him despite their insistence that no one would believe me or else would  blame me.  The attacks by the boys stopped after I told my father.  But, the flashbacks were not done.  They continued. Now, I would climb the stairs into the attic when I would feel myself having that strange trance feeling that would precede the flashbacks. And then I saw the unthinkable.  My father had sexually abused me.  And threatened me into silence.  My sweet, wonderful father was a part-time monster.  I fought so hard to not believe these flashbacks.  How could the man who so gently removed my splinters defile me? My father loved me, how could this be?  After several months of these returning memories I finally confronted my father over the phone.  He not only denied everything, but called me a lying slut.  His voice in that phone call was not that of the good father, but that of the bad, threatening father.  If I had had any doubts they were extinguished now.

We have never spoke or seen each other since.  I have never fully mourned my loss of him.  I have been struggling just to survive and function each day and raise my son.  But I have cried this morning as I have written this.  The prompt for today was “who would you give truth serum to?”  My answer would be to my father.  And its not to get him to admit to the abuse.  I don’t need that.  What I want to ask him is “Are you sorry you abused me?”  and “Do you miss me?”  I want to know that he has remorse.  That all my love was not completely misplaced.  Or, maybe that the love I perceived was not all a lie, but was real.  I know the abuse was real, but what about the love?