In response to The Daily Post’s writing prompt: “Always Something There to Remind Me.”

Running, prancing, and patrolling your yard —

Oh, how I miss your freckled face —

There will never be another dog just like you. 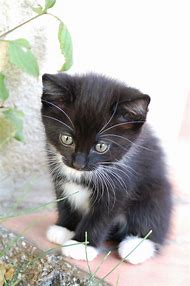 In response to The Daily Post’s writing prompt: “First Sight.”

I had just dropped my son off at the bus station.  He was off to the big city — New York City — to begin his first semester of college.  I was experiencing all the classical symptoms of empty nest syndrome.  I had cried buckets of tears after his bus drove out of view.  After calming down, I knew I’d best not go back home or I’d just have another crying jag.  My friend, Sue, and her daughter, Renee, were looking to adopt a kitten.  I decided that while they were busy this day, I could look for  a kitty for them at a pet store they hadn’t gone to  yet.  (I usually do my adopting at animal shelters but they had already gone to the local one and hadn’t found any young kittens.)   Thinking of looking at kittens was already cheering me up as I drove over to the store.  With a spring in my step I walked up to the door and opened it.   A bell jangled to announce my arrival.  As I stepped in, I looked to the back of the store and stopped.  There was a   beautiful black and white tuxedo kitten with white whiskers and a white splotch on her nose. She looked just like the neighbor’s cat from my childhood.  I was instantly in love and I was twenty feet away.  A salesman asked me if I needed any help.  In a daze, I said “yes, I see a kitten” and walked past him in a trance. It was as if I were hypnotized. When I would remember these moments afterwards, I would hear the song “Some Enchanted Evening” playing in the background.

Soon I reached the cage and I couldn’t believe how cute she was.  “Hello kitty”.  I greeted her while peering through the cage bars.  She mewed back.  The saleslady said I could take her out and hold her. (Its times like this I feel how great it is to be an adult!)  I opened the cage door and carefully gathered up her tiny furry body and brought her to my chest.  She didn’t protest but cuddled against me. I explained to the salesperson that I was looking for a kitten for a friend and I thought this one was just right.  I stroked her and talked to her and looked at her in amazement that anything could be this adorable.  Reluctantly, I put her back in the cage to call my friend.  I called her cell phone number, but she didn’t answer.  I left a voice mail.  I tried calling again in five minutes — still no answer.  The salesperson had agreed to hold the kitten for me while I made the phone calls.  What was I to do?  Surely, she’d be gone by the end of the day if I couldn’t get hold of Sue.  I realized that there was only one thing to do.  I’d have to buy her and save her for Renee and her mom!  Surely, they would adore her and if they didn’t — hey, I’d take her!  Oh, I felt as if I had wings and could fly as I paid for her.  I carried her out to my car in a box with air holes.  Now she was meowing in protest.

Driving home, I thought about my husband, Manny, seeing her.  He loved cats and adored the one we had — Abby.  “Wait till he sees you!” I spoke back to the mewing box.  “I bet you’ll cheer him right up.”  Manny was often down lately because he had lost most of his hearing and the hearing aids only helped a little.  I got home and unlocked the front door while my dog, Hoo,  barked and jumped upon me.  “Shhh — you’ll scare the kitty” I cautioned him.  Manuel was in the bedroom and so I placed the box upon the bed and told him to come and see. Then, I opened up the top of the box a little bit and out popped a wee head with tiny ears and tiny white whiskers.  As I opened it wider, I babbled on excitedly about picking up the kitten for Sue and Renee and how I didn’t even look at any of the other kittens.  Manny’s face was beaming as the kitten hopped out of the box and began walking upon the bed.  He petted  her and said “we’ll have to figure out a name for her”.  Suddenly, I realized that he thought I had brought her home for us!  He hadn’t heard me say that she was for our friends.  What was I to do?   He hadn’t looked this happy in months.  Well…it wasn’t as if Sue or Renee had seen the kitten yet and well… wasn’t I just in love with it?  And Manny would be so disappointed…And so, we named her.  My husband was from Mexico so I wanted her name to sound Spanish.  This was the first pet we had gotten together.  We quickly settled on the name Pepita and claimed her as our own.  As for my friends, they finally found their own kitten to love and were able to forgive me for taking Pepita!