I made a promise to myself many years ago to pursue reality.  I was in an emotionally and mentally abusive marriage at the time.  Denial had been my coping mechanism; that and pretending that he was an alien from another planet to explain his cold-heartedness and lack of empathy.  It’s taken years to see the full arsenal of weapons he used.  Also, to fully appreciate that it was a deliberate choice on his part and not something he couldn’t help.  At times, I have felt stupid for having been fooled.  But these realizations were nothing compared to recovering the memories of rape and incest I experienced as a child and teenager.  Despite the heartbreak of finding out that my father was not the good and loving man that I loved, I still would choose reality.  Those that have been abused live in a different reality though.  The world does not make sense. Life does not make sense.  Parents and people are not to be trusted.

Family is often not a good word but a term that is filled with pain.  But, with good therapy and good friends, (and kind pets – I must add)  small steps can be taken to start to engage with your fellow humans and stop expecting the worse.  Still I feel,  at times, that I have come from a different planet than many of the people  I know.  And I wonder sometimes if others can sense that I am different.  Sure, I try to fit in and laugh along at the jokes.  So often though, it is a huge act.  There’s a feeling of isolation that crops up suddenly sometimes.  Because I don’t talk about my past to the majority of the populace.  Its a secret that I carry around.  A secret that has been kept so long, since childhood.  This disconnection from other people is part of my reality.

But, reality is the price that I paid for not going mad.  As I slowly wake in the mornings after a night of strange dreams, I check in to see if I am still sane.  I usually am not sure I am till after two cups of coffee and reading through my fellow bloggers latest blogs.  I then start to notice the world around me. I hear  planes overhead, bird calls and see whether the sun is out or hiding.  Its another day.  Another day for learning new ways to live and accepting the reality of now with both  it’s blessings and challenges.  Reality can be both bad and good; there is darkness and light.  And just for today, I will try to embrace the goodness in this world. 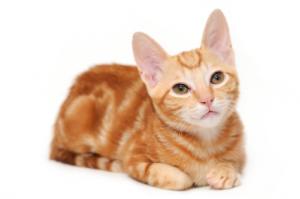 I reblogged this from Pooky’s Poems in 2015.  Meeshka, my friend’s dear cat just had to be put to sleep at the ripe old age of eighteen.  She will be mourned and missed.

Stroking your fur,
I sink into your purr
And I feel my anxiety lessen.

The stress of the day,
Floats so gently away,
In my life you’re a wonderful blessing.

I cuddle you tight,
When things aren’t feeling right,
You don’t judge,
You don’t tut,
You just listen.

You allow me to speak,
When I’m low or I’m weak,
Cat-less folk do not know
What they’re missing.

[For Mork and Mindy on theur tenth birthday]